We would like to start by saying thank you to all the parents and family members who attended the children’s outcome this morning. The children were so proud showcasing their work and certainly enjoyed the quiz as they were able to retrieve the knowledge they have gained through this project.

During our project, the children learned that there are or were many indigenous tribes within North America such as the Inuit, the Mayans and the Navajo. Each child chose a tribe to focus on and researched this tribe in order to gain knowledge about the materials and colours which would have been traditional in their tribe. From this, they made a mood board and designed a weaving pattern before gathering the raw materials to create their very own weave. The results are stunning – take a look! 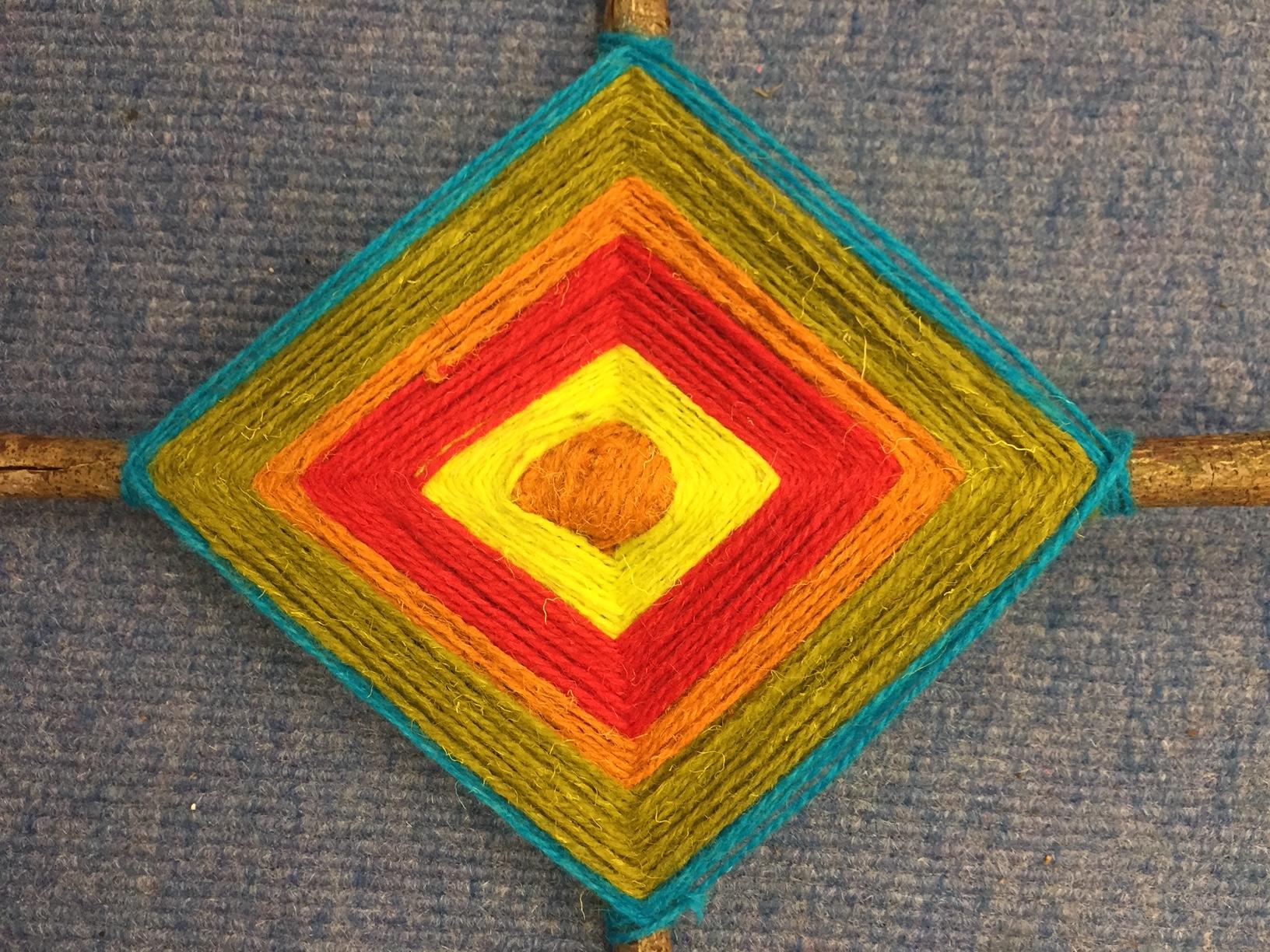 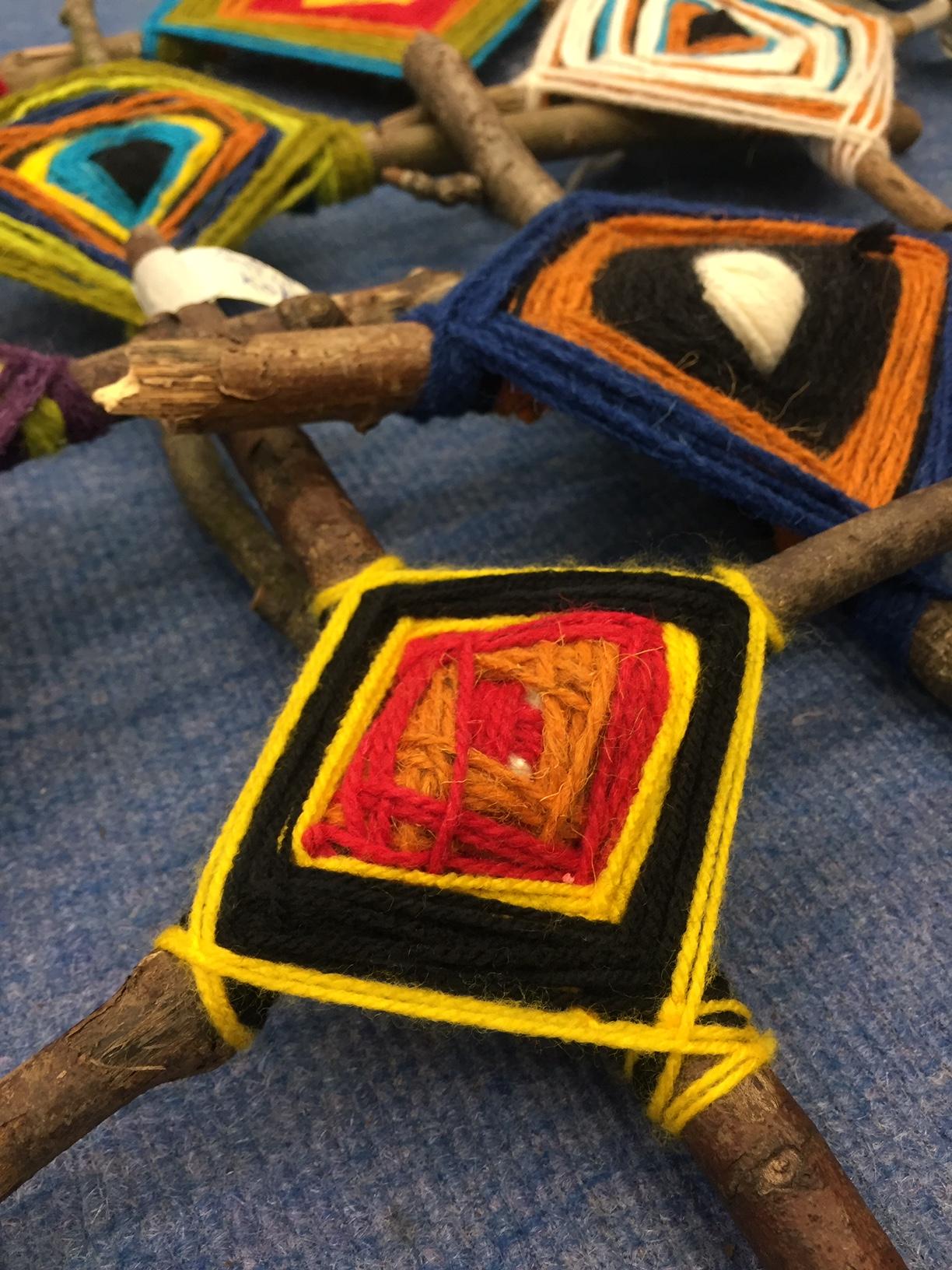 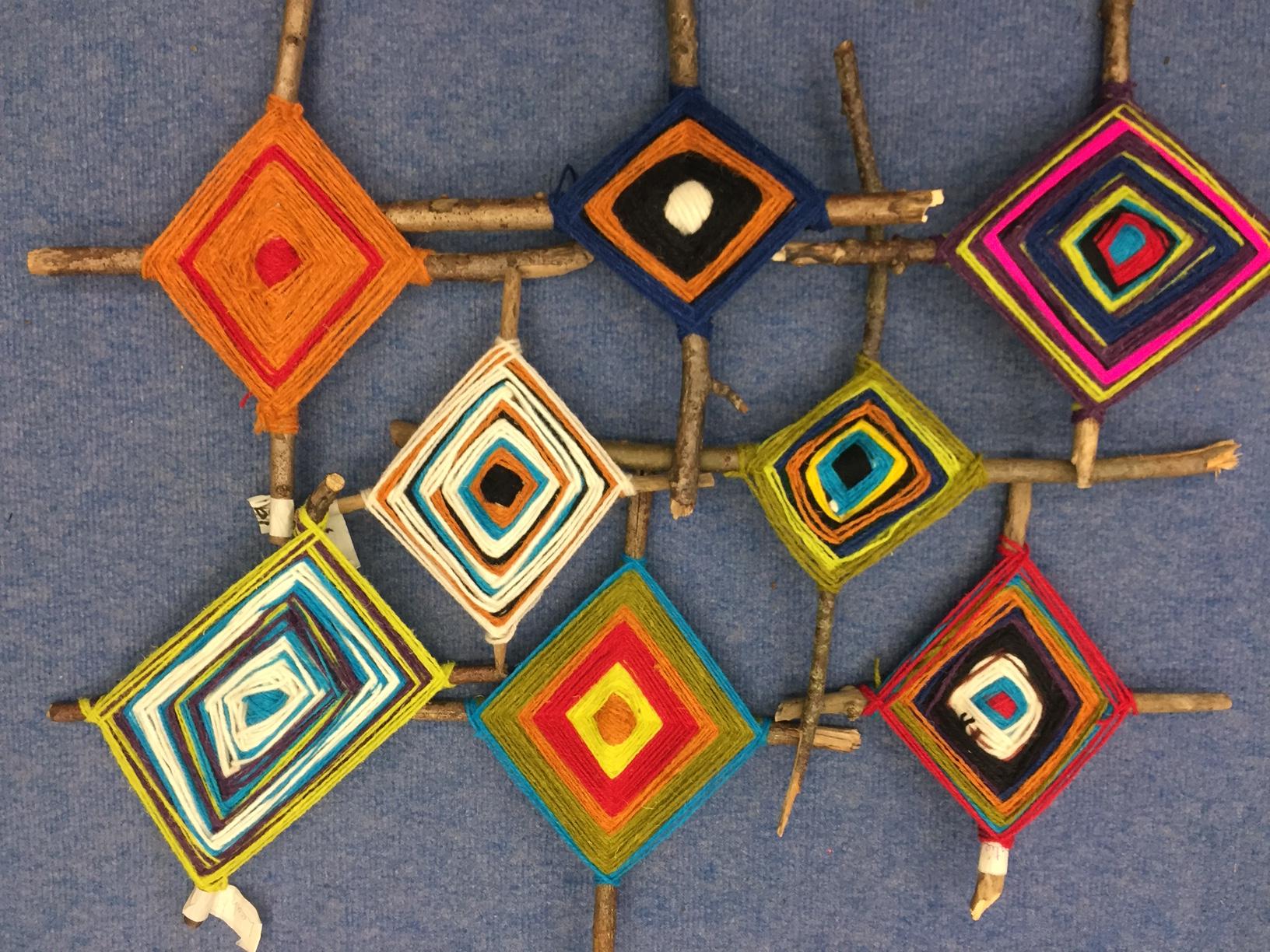 This term, the children studied the artist Mizielinski by observing how they use line and colour in their picture maps. The children practised using line drawings and were taught how to use line to create texture. In order to create their own map, the children voted for a country of North America which interested them and then used what they had learned across their other subjects to inform their illustrations. 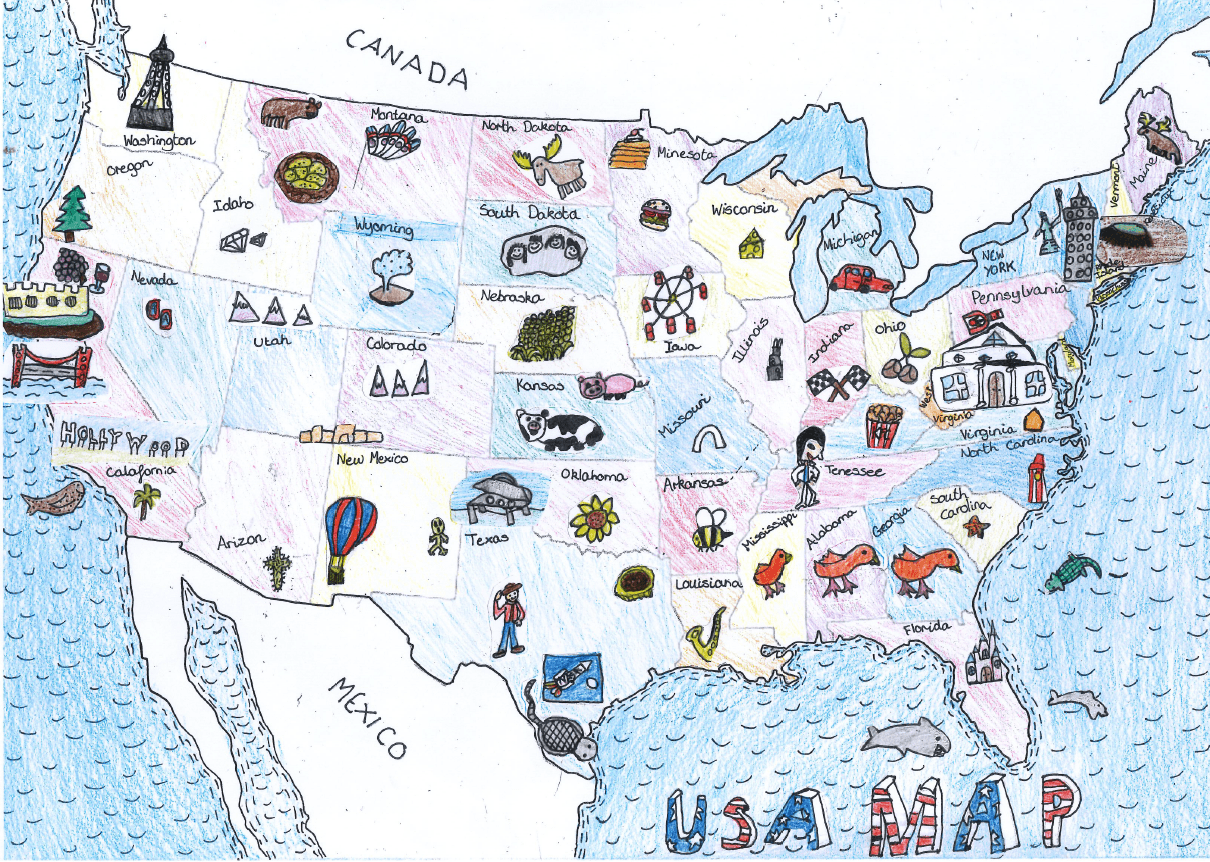 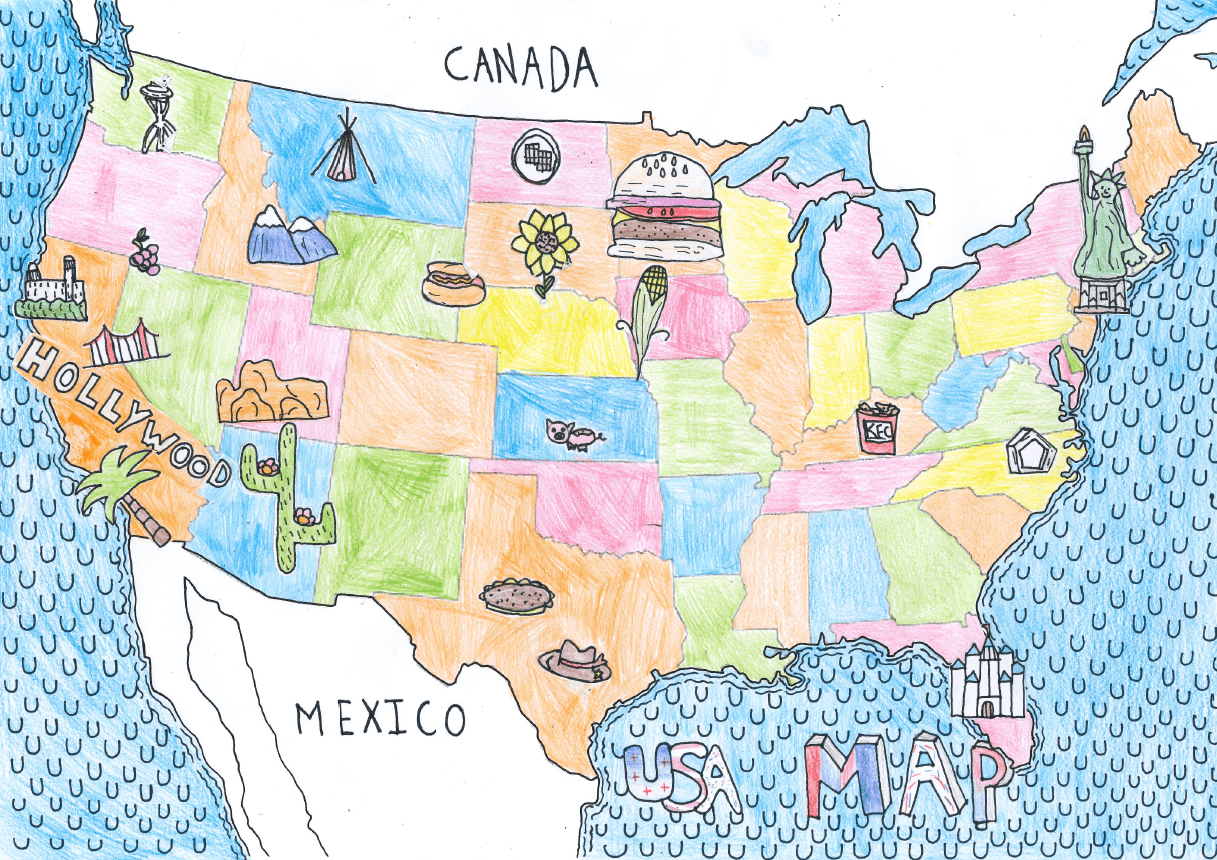 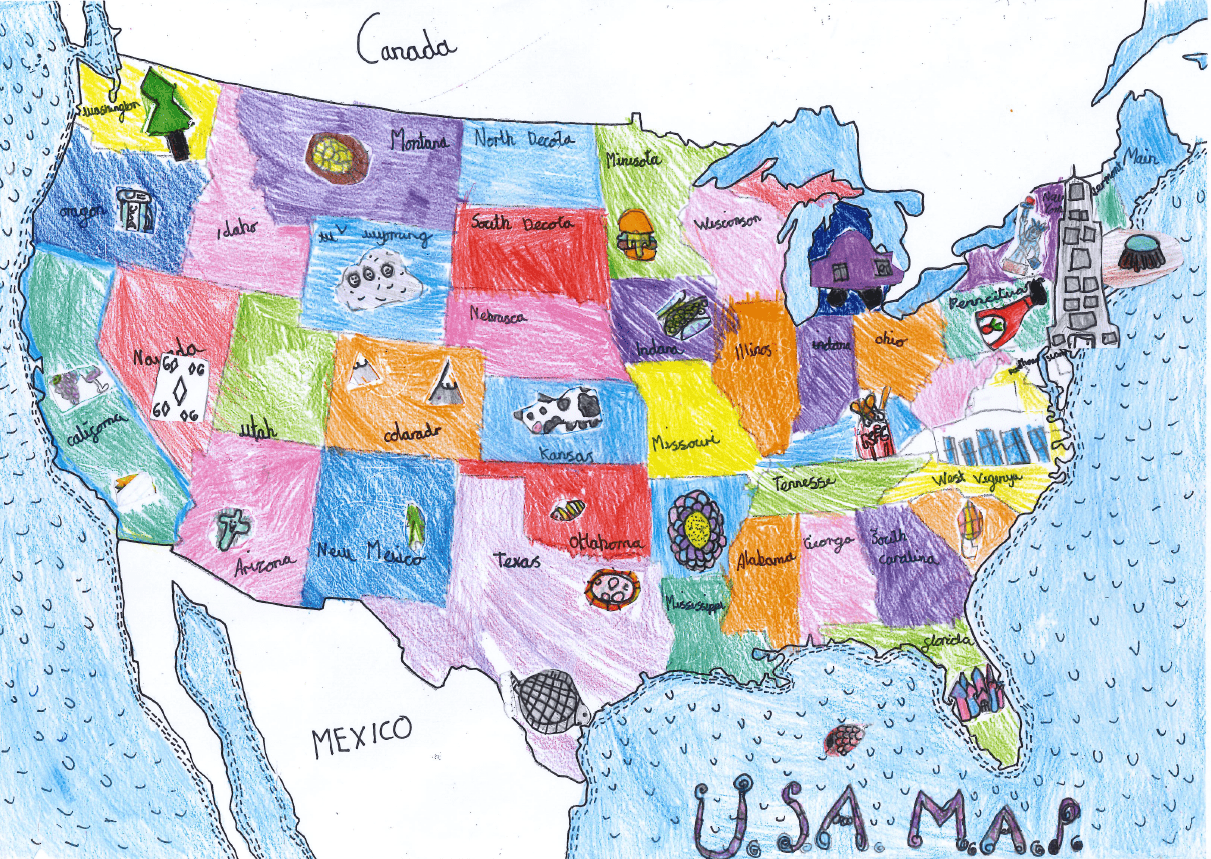 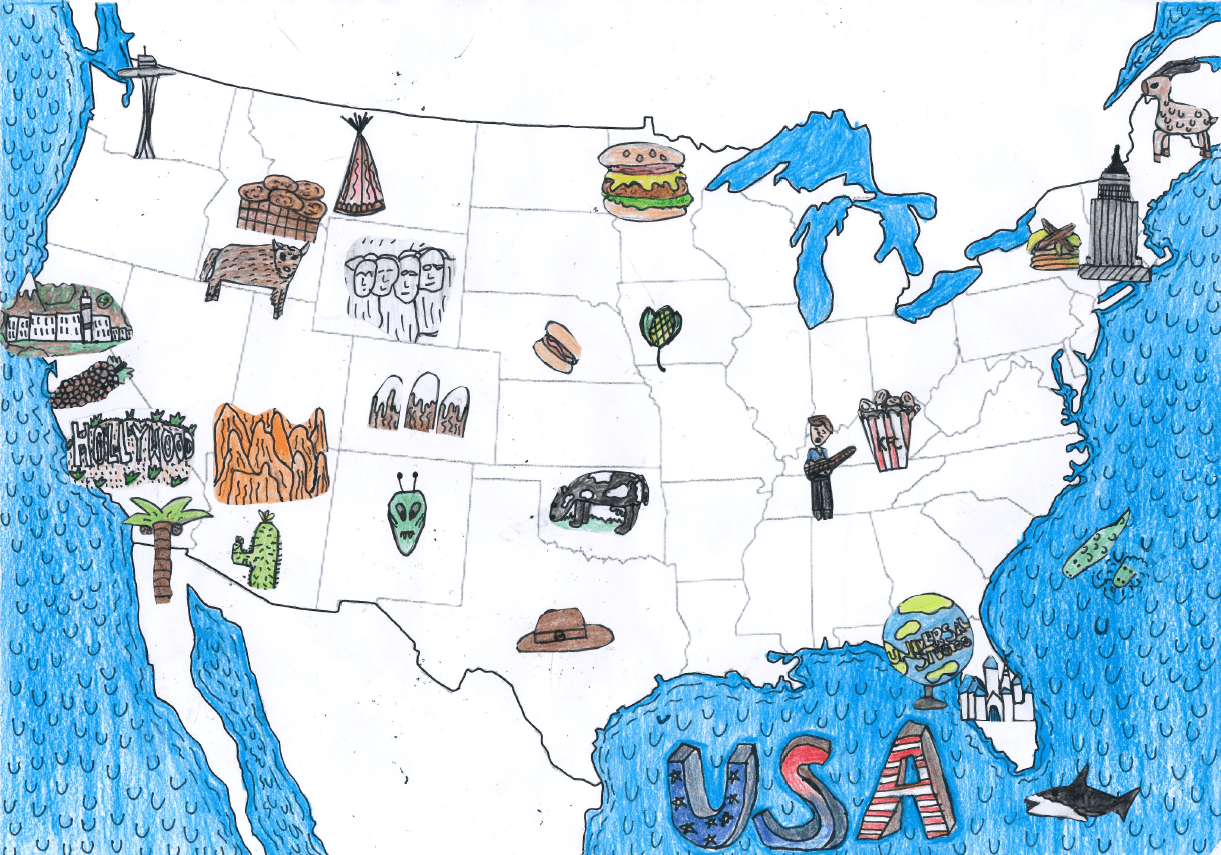 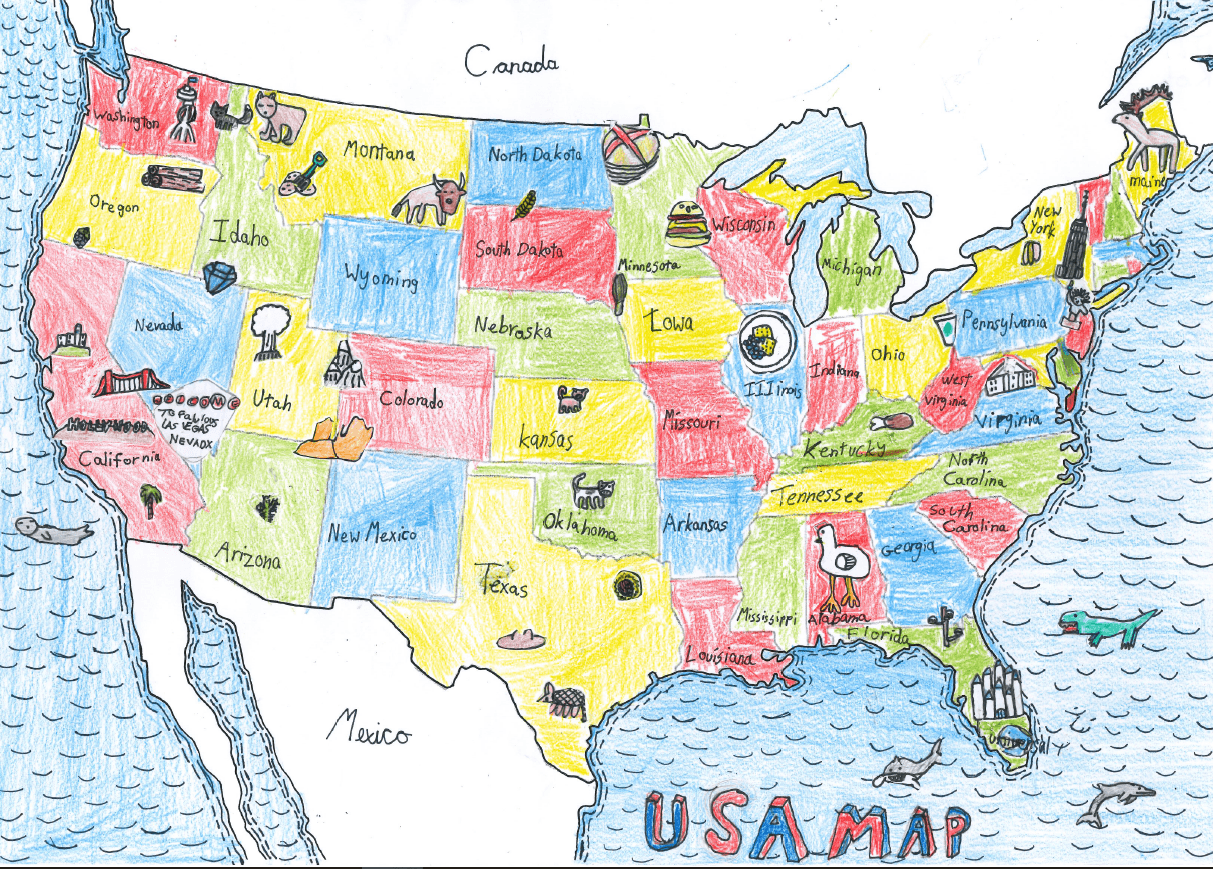 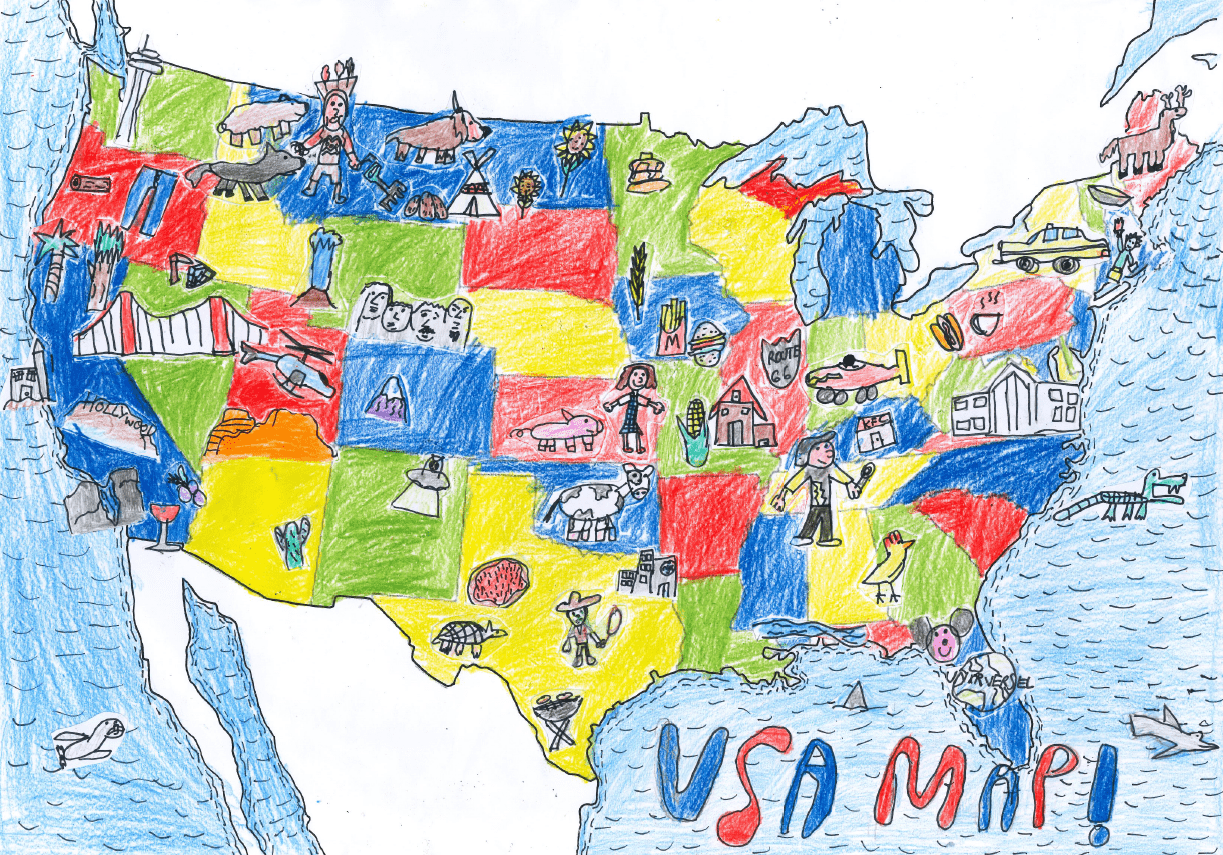 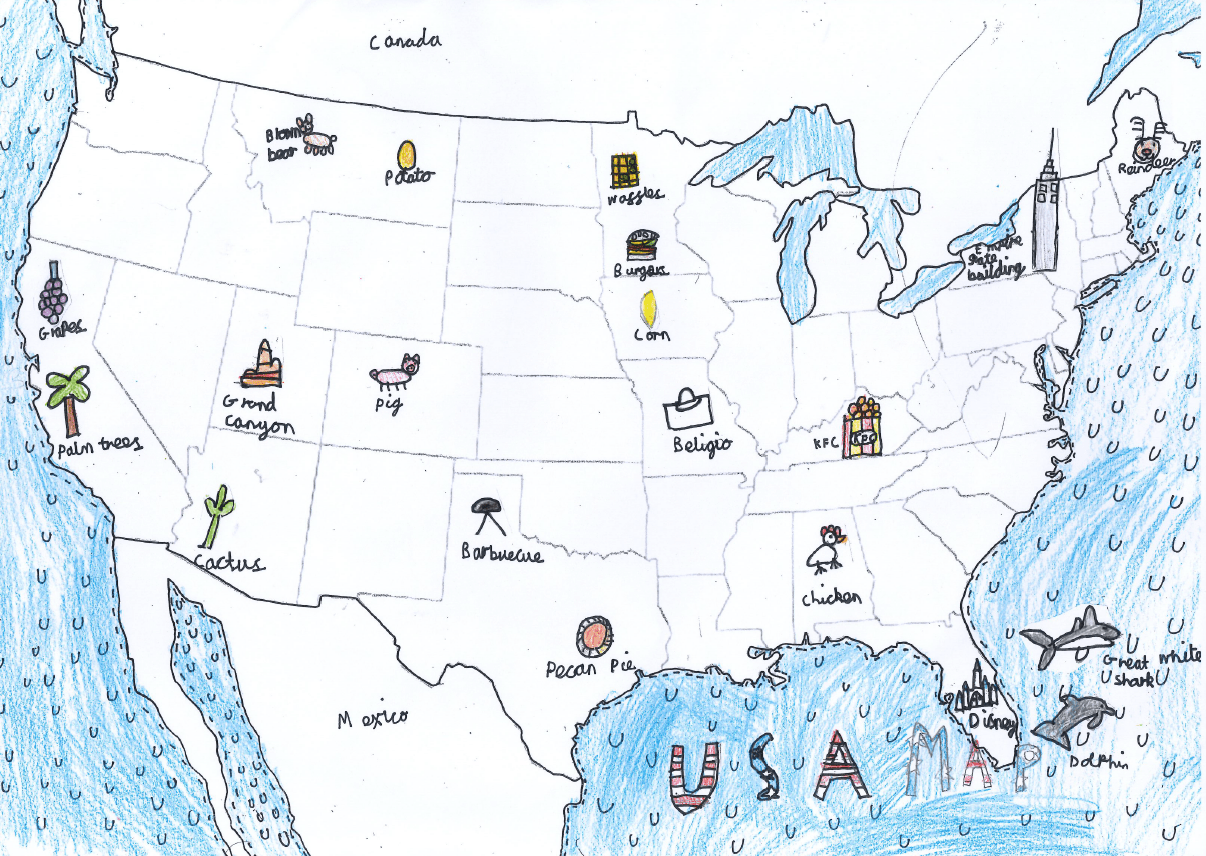 What a wonderful term we have had – we wish you all an enjoyable and festive Christmas.

We had our first practice today for the Christmas Carol Concert and noticed that some children are still a little unsure of their words. Lyrics went home a couple of weeks ago so please can some of this week’s homework be dedicated to learning words so that we are able to put on a stunning performance for family and friends.

Times Tables knowledge can be a huge barrier with many concepts in Maths and we are eager for children to learn all their tables and be able to recall them at speed. This week, we would like the children to spend a minimum of half an hour on Rockstars. A ‘Battle’ has also been set up with Year 6 (which we are winning!) and Year 4 (which we are NOT winning!) so get practising and earning more coins! The current battle results are below: 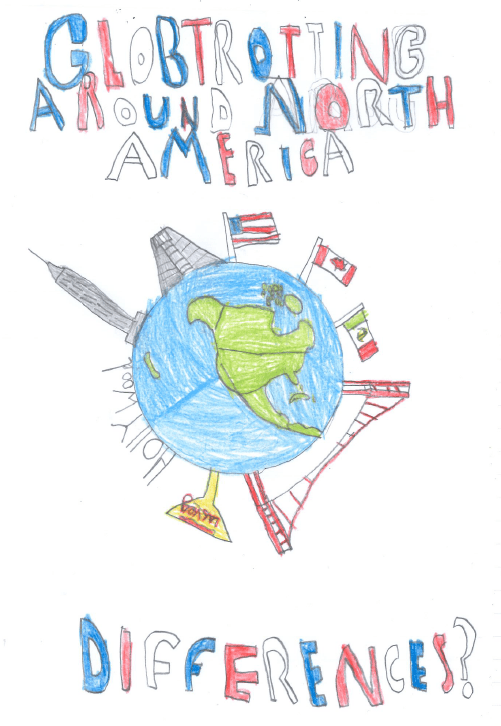 The children have well and truly engaged with our project for this term: Globe Trotting Around North America. There has been so much learning in the last two weeks, let alone what is left to come for the rest of this term! Hopefully, you have received our ‘knowledge organiser’ and ‘topic web’ so that you are aware of what we are teaching this term. Our knowledge organiser is packed with facts, useful information, vocabulary and ideas for additional learning so please take a look this weekend if you haven’t already. 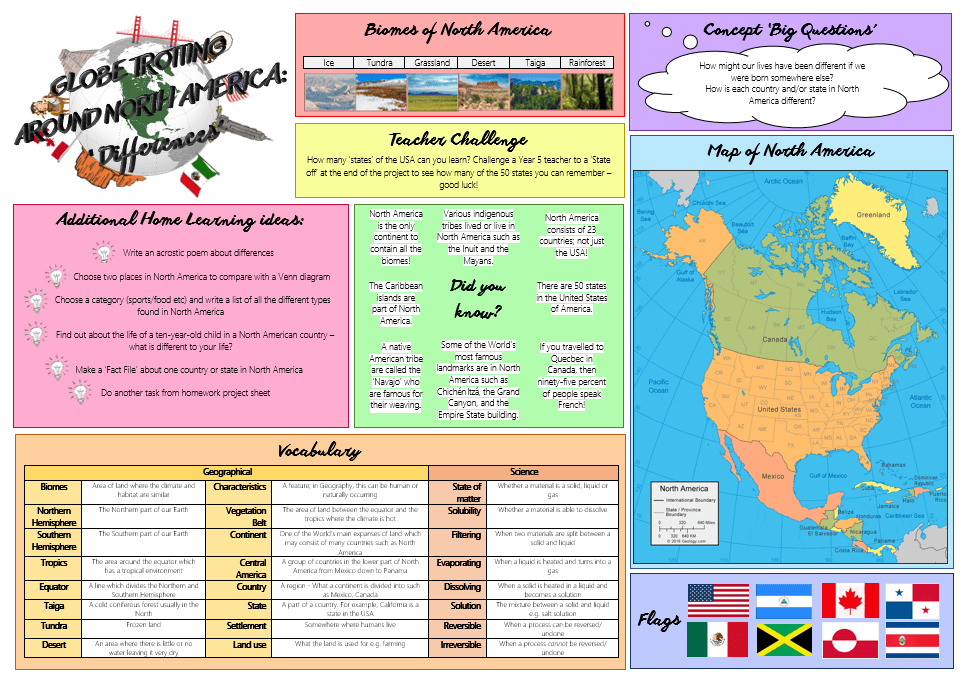 Our project started with our ‘Hook’ early last week where the children were put into teams and given a list of 20 places in North America. They then had to go on a search around school to find a picture clue which they read and tried to match to one of the places on their list.

Here are some of the clues which they were given… 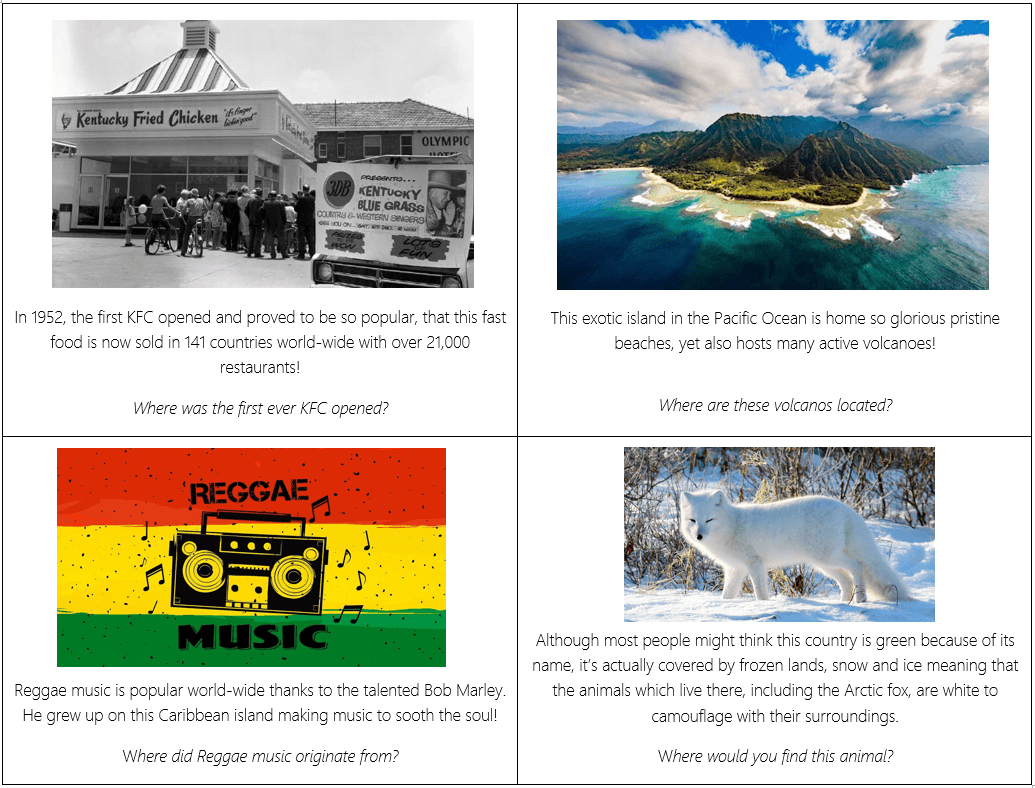 Since the hook, the children have been busy learning about so many aspects of North America within Geography, English, Reading, DT, PE and Maths lessons making it a great project for cross-curricular learning and enhancing knowledge.

In Geography, the children have been locating the seven continents and have found out the names of the countries in the continent of North America. Additionally, the children have learned what ‘states’ and ‘territories’ are and located the states in the USA. As you may have read, Year 5 are having a ‘state off’ next  month; the teachers and children are already busy revising them for this fun Geography competition!

In Maths, the children have just finished a two-week unit about line graphs and different types of tables. We used this opportunity to teach them more about North America such as the temperatures of different parts of this vast continent. They also looked at information such as country size, country population and the native languages of these countries.

Our new English unit, based on the book ‘The Midnight Fox’, has captured the children. This book was written around 50 years ago and is based in the USA so both the subject matter and language is certainly a talking point. In this book, the main character has been sent to his Aunt’s farm for a couple of months whilst his parent are away. Despite not wanting to go originally, spotting a rare black fox has left him mesmerized. Using this book as a stimulus has produced such high-quality writing which we are looking forward to sharing with you later this term. 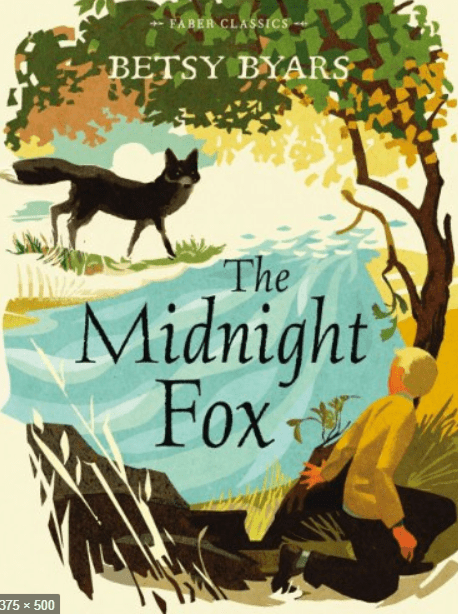 It’s quite amazing how much learning has happened over the last couple of weeks! We look forward to giving you an update on our DT and Art projects in a few weeks’ time.

Year 5 have had an amazing DT day today making toys using cams mechanisms. They applied creativity in their designs and resilience when trying to make the mechanisms turn.

The Pandora theme park rides look amazing so far and we are really proud of the children’s teamwork as they worked in pairs. 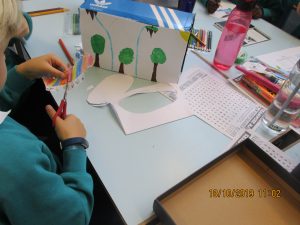 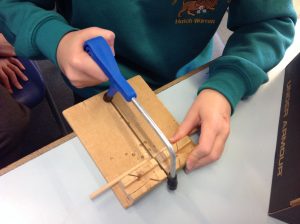 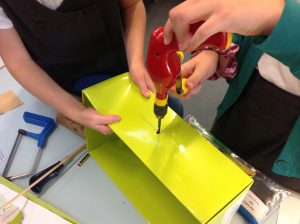 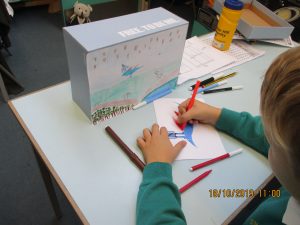 Our ‘Connections’ topic is well underway in Year 5 and the children have already been practising lots of Space facts and discussing many concepts.

Attached are our Topic Web (half term overview) and Knowledge Organiser – both of which are also coming home in paper copies this afternoon. Please stick the Knowledge Organiser somewhere prominent and practise these key facts at home. Practise makes permanent and we would love for these facts to be permanently embedded into the children’s long term memory.

Wishing you a wonderful weekend,

RockStars proved to be hugely popular last year and helped the children to make considerable progress in learning their times tables facts.

As it is a new school year, we have reset the children’s RockStars accounts. Teachers will be handing out their logins this week.

RockStars is continuously improving with new features; this year, it has some new tools which help to assess where your child is currently with their times tables knowledge in order to tailor some of the questions to suit their needs and also give feedback to their teacher.

When your child first logs in, they will first need to choose a new ‘rockstar’ name. It would then be beneficial for them to play the ‘Gig’ as this gives an initial assessment and a baseline speed so that they and their teachers can see their progress over time.

If you have any questions, please pop in and speak to the class teacher.

Hello and welcome to Year 5!

We have been enjoying getting to know the children over this first week and have already got stuck into our first topic of Space, as well as Maths and English.

As we’re sure you have heard, we had a fantastic day at Winchester Science Centre on Tuesday. The children were given the opportunity to explore the exhibits independently, take part in a workshop and then enjoy the excitement of the planetarium in the afternoon. The planetarium was awe-inspiring and was a fantastic addition to the start of our topic, leaving many children curious about life outside of Earth. 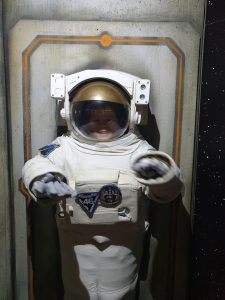 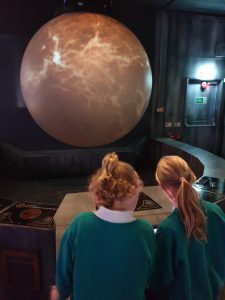 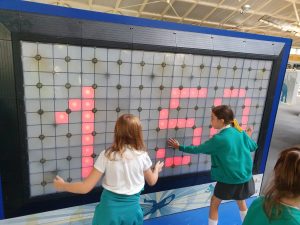 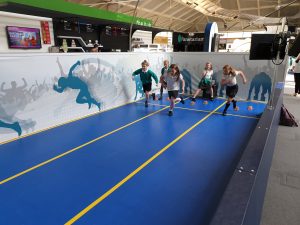 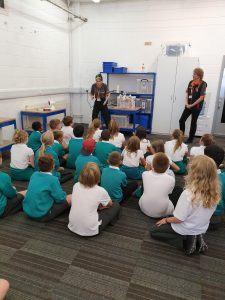 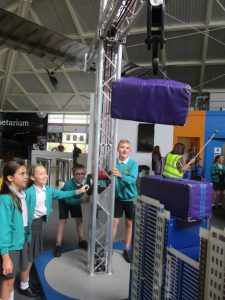 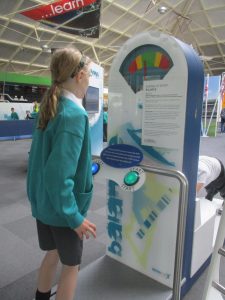 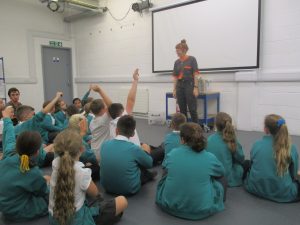 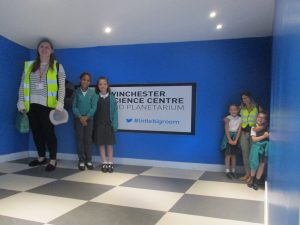 Don’t forget it’s our Curriculum Morning tomorrow, between 9am and 10am, where a brief overview of the Year 5 Curriculum will be given followed by a focus on how Maths is taught at St Mark’s. You will also be invited into the classroom to join the children in their Maths activity. We hope to see you there! 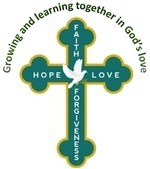 Can you inspire our pupils by running a stand at our careers fair in February 2020? Click here to find out more. 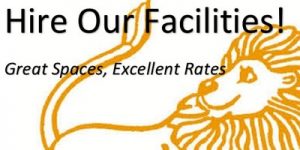 Our Project Leaflets and Knowledge organisers can be downloaded here:

Find out more about our curriculum here!

... The extra reports and the frequency of parents’ evenings. Plus my child’s views taken into account and acted upon.